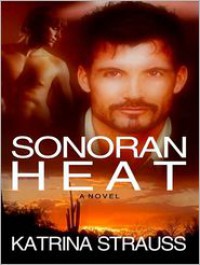 Boring. - Usually I like may/december romances but Sonoran Heat wasn`t my
thing.The age difference was the sole-conflict(the younger man has to be "much older" than 21,the older man "much younger" than 45 to make such a relationship work? - It bugged me to no end.)
The characters were bland and the sex scenes were lame and mostly gratuitous.
To be fair - according to other reviews for this book it`s apparently very much personal taste.
Tweet