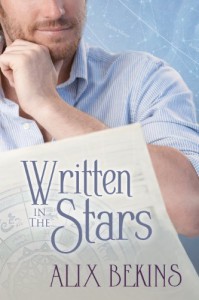 What a surprise....
This had all the right ingredients to put me - gently - to sleep but it didn`t.
A character driven story heavy on dialogue - loved the constant bickering between John and Bailey - that pulled me in from page one despite the irritating POV.At first third person POV from both John and Bailey but then John`s POV simply disappeared and till the end of the story it was just Bailey`s.It bothered me because I would have liked more of John`s POV - knowing more about his increasing jealousy over some of Bailey`s dates gone right and realizing his love for Bailey...well,there went the fifth star!
Overall very good writing and character development that made me fall in love with an - by all means - "unlovable" character like Bailey.
An über-confident physiacist with a brilliant mind who talks and tramples over everyone who gets in his way or dares to have a different opinion - what a nice guy...;-)
He has met his match with his boss John and John`s secretary Lauren (loved that woman!) One talks him into an "astrology experiment" - Bailey has to date 12 men, one for each astrological sign for field research.Is there a connection between falling in love and and the rumored suitability of particular zodiacs? (Is this correct English language? I have no idea...) A sheer impossible task for the "no-nonsense just the facts"-man Bailey - Lauren sets up his dates in exchange for "little" favors meant to tease him.
But John`s plan badly backfires - he`s so not happy that some of Bailey`s dates are more or less a success - sexually (off page!) and/or in developing friendships.But there is one chance left to show a totally clueless Bailey - who has a hopeless crush on John as far as he can remember - his true feelings (on page!)...

I liked that the characters in this book were not walking epitomes of gorgeousness but wonderfully normal middle-aged men with "flaws" like thinning hair and in constant danger of gaining too much weight.Made the story all the more lovable.

Some more little flaws like a lawsuit that felt tacked on but they didn`t influence my rating.Written In The Stars was a funny,100% angst-free down-to-earth feel good romance without any - I quote Bailey - "romantic claptrap"!


Note:
All readers who require their m/m heros to be sexually faithful once they realize they are in love with their "one and only" but NOT being "together" should stay away from this book...and dream on...!