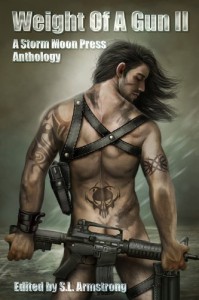 The Inquisitor by Gryvon - 4 stars

The sequel to The Machinist and....oh no!....again an open end!
I really like Avery`s and Harrow`s story but now I have to wait for the sequel to the sequel...grrrrrrrrr...
I think this is as far as consent can go without getting destructive. Great fantasy/SF setting (at least in my book - I don`t have to deal with strange names and gizmos...), rough smut and the beasts were lovely as ever. One beast in particular was starting to show emotions - who would have thought.:)

Playing With the Big Boys by Scarlet Blackwell - 3,5 stars